New Beginnings Church is welcoming back Christian singer/songwriter John Tibbs for a FREE concert!!!  John will perform music from his latest EP “Wilder Years” plus many other songs from his previous albums.  John was with us last year and shared his inspirational story, along with the stories behind his songs.

Come early and enjoy some refreshments and coffee before the show.  John will be available after the show to talk, pose for photos and sign autographs.  He will also have t-shirts, CDs and his famous hot sauce for purchase! 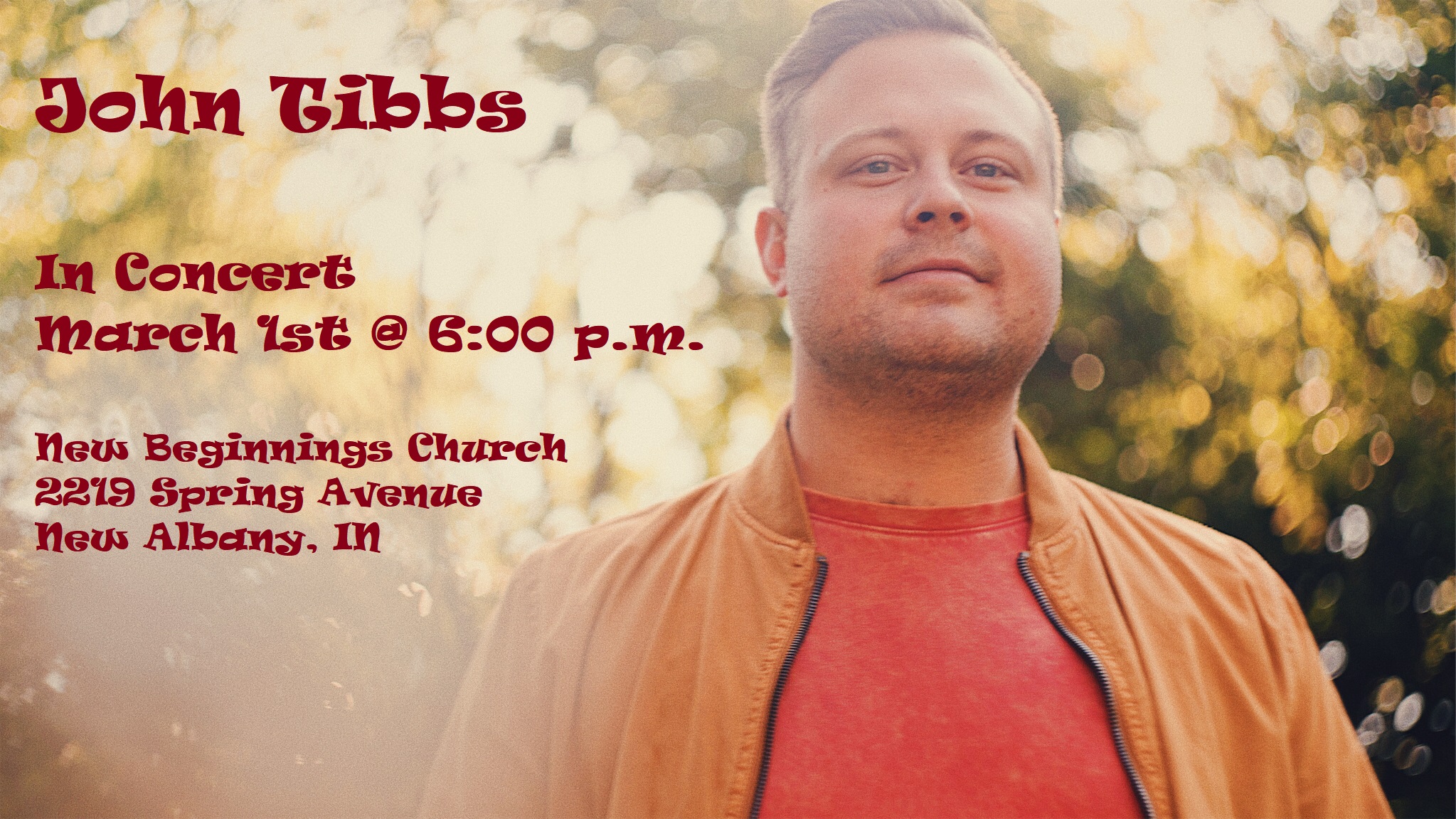